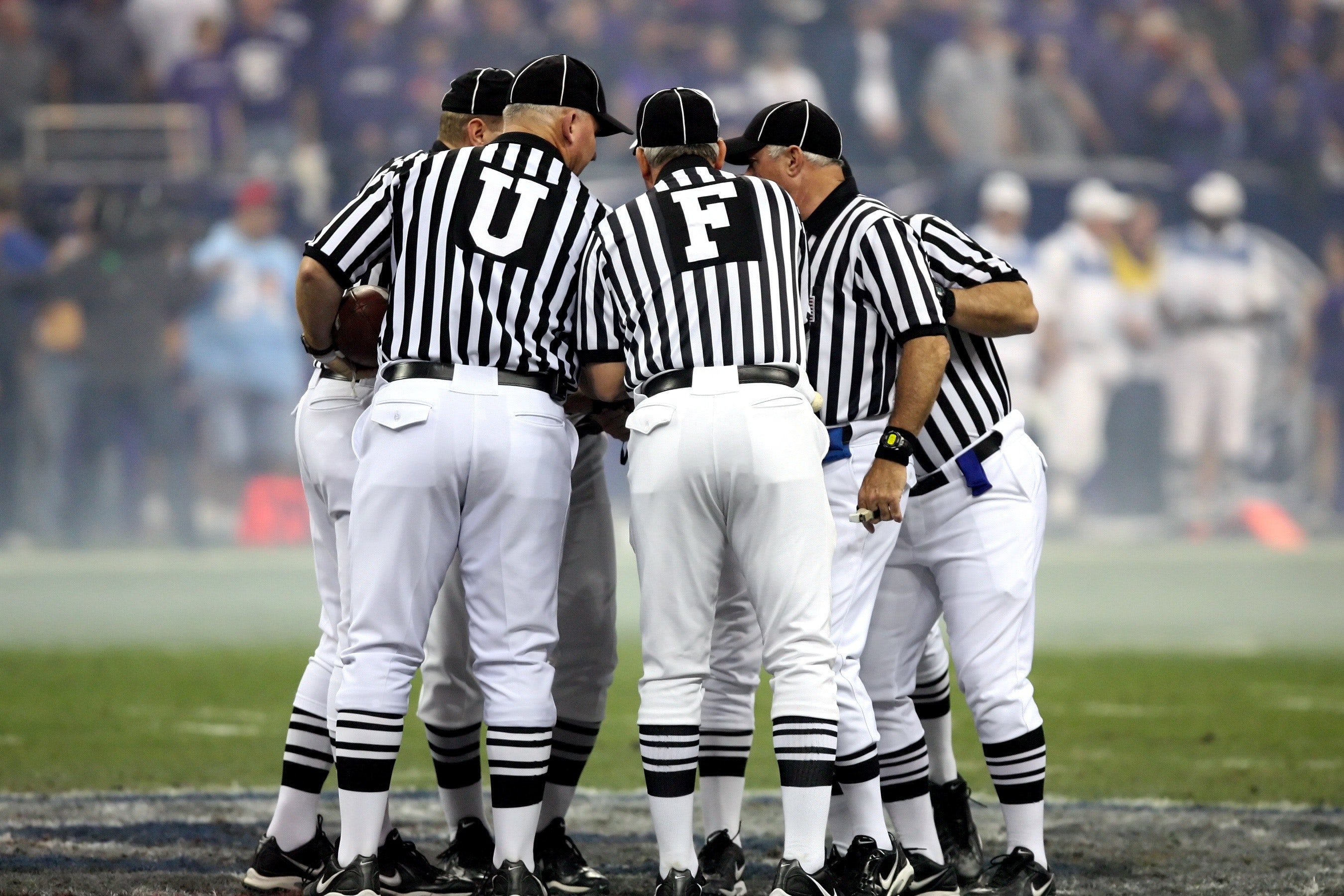 The Rules of the Game: Expense Ratios

To start out, so we’re all on the same page, it’ll be important that you go watch this Front Line PBS documentary–it’s worth your time.

SOMETIMES IGNORANCE IS NOT BLISS

Investing should not be this obscure thing with very strange lingo only really wealthy people know about. As J. K. Rowling puts on the lips of Dumbledore, “Fear of a name increases fear of the thing itself.” So it is with investing–if you fear it, the language behind it, and the responsibility that is yours to own, then fear increases!

My own journey with investing goes back to my teenage years when I received a lump sum of money from an accident settlement–I was in a car wreck. After paying the lawyer an ungodly percentage of the awarded money, I received $25,000.

One day I overheard my Boy Scout leader talk about this strange thing called a “ROTH IRA,” and if you “invest in a ROTH IRA it will make you money tax free.” At the time, I had no idea that one could even invest in a thing called the “stock market”–I automatically tuned all of that out because I believed it was for those wealthy people. I literally had no clue about money, investing, or any of it. I came from a Blue Collar family in mentality, approach, and spending habits, despite my parents going to 4-year colleges. If we had money, we spent it– the mentality was “as long as we’re paying the bills, we can play until the next paycheck!” That was the attitude of my family and social class I grew up in; the fact that I had any savings whatsoever was an anomaly, which was even praised by my parents, though it was recognized as odd.

So to have any money, no less this much money–more money than I ever thought I’d have in my life–was a quandry. Because I was a “good saver” and because I had overheard my Boy Scout leader talk about this thing called a “ROTH IRA”, I knew I should put this money to good use for my future.

So I found a “family friend” who was a Financial Advisor–that term is practically useless since it doesn’t require any accreditation or certification, and can just as quickly mean “Salesperson.” (A Certified Financial Planner is something different, they do have credentials and starting October 1, 2019, they will have a new fiduciary responsibility in their financial advice). Now, all things being equal, it wasn’t the worst option, but it was pretty dang close to it. Well, I did what I thought was right, I went to an expert and said “Here’s my money, what do I do with it?” The Financial Advisor asked me to take a test, which they helped me through, and it turned out I was in the “Aggressive Growth” risk tolerance. I had no clue as to what that meant, but the fact that it said “Growth” in the title made me feel like that was the right one for me.

I didn’t even know to ask “What are the fees?” Or “What the hell am I investing in here anyway?” Or still even more basic, “What’s a mutual fund? And, what’s a stock/security?”  What is a “Growth Fund” again? I didn’t even know that there were front-end load fees of more than 5%! All I knew was that my money was now working for me–great! At this point I became aware that I was investing in the “stock market” and that a mutual fund was a specific collection of companies within that market. I didn’t have to think about it, my Advisor said “put this back, and one day you’ll be a millionaire!” I said, “COOL!”

Really I first noticed there was a problem when my new employer offered Vanguard funds and I started to invest through them. My vanguard account was pulling in 12% annually with very low expenses and my other funds from the other mutual fund companies were pulling in an average 7.5%, after fees. That’s when I knew I had to look a little closer under the hood to find out what was going on. I made the padawan journey every young aspiring FI must make and created a spreadsheet to ascertain exactly how much I was paying in fees and front-loads. After a bit of work going back through each statement for over a year, I found out I was paying $1,369.80 per year in fees. By my estimates at that rate I was losing ~$19,000 in the first 10 year period alone, not counting the whole investment lifetime of 30-40 years I hoped to have. That is when I really learned about opportunity cost. I had spent over the last 12 years in these toxic high fee actively managed funds and I didn’t even know I was legally getting robbed! One fund was so bad that it folded and the remaining assets were rolled over into a new fund–that’s what actively managed fund companies don’t tell you, namely that they close all their loser funds and reopen new ones as part of their modus operandi.

It’s easy to get REALLY angry at yourself and tear your previous version of yourself a new one, but that’s not helpful for you or your loved ones. As Cal Newport in referencing The 4 Disciplines of Execution (4DX)  put it, you can measure your success by your lag measures or your lead measures–lag measure is evaluating the past, what went wrong so you can improve the future, where the lead measure looks at the new “behaviors that will drive success on the lag measures.”  In other words, you can dwell on what went wrong or you can spend your emotional time and energy on the actions you can do today that will create a successful outcome now, and of course it will also address the past failures. Sure, I can beat myself up for not having the wisdom to ask, research, and find out what I was really doing with my money, or I can appreciate that I did the best I could given my life experience, knowledge, and ability at the time. Then, coming to terms with this, I can focus on what I can do today.

And that’s what I did.

After graduate school I realized how big of a problem our financial situation was and we began to aggressively pay down debt. I began to learn about Minimalism from this guy, which lead me to the Financially Independent, Early Retirement (FIRE) community. My friend recommended I read the Boglehead’s Guide to Investing, and a few other books…the floodgates were open!

I quickly learned that there are a few things you cannot control–like the stock market, the sequence of return risk, etc. But I also found out there were a few things I could control–like my savings rate (how much I invest each month compared to how much I earn); what kinds of products I invest in; purchasing low-cost index funds with an expense ratio (ER) of 0.20% or below; choosing a particular asset allocation; and dollar cost averaging by purchasing regularly each month.

I wish someone would have told me that the whole investment game hinges on investing in low-cost index funds with ER’s close to 0.00%. The winning game is an ER of 0.20% or below–the closer to 0.00% the better. Let me say that again, because it’s really important. The whole game is played between 0.00%-0.25%. If you’re investing with load fees (sometimes called front-end fees) and 12b-1 fees (sometimes called back-end fees), you’ve already lost ground. You’re playing with a broken leg. You’re giving everyone else substantial lead before you even begin the race! When it comes to fees think of it like a golf game, the lower the number the better!

Why am I making such a big deal about fees? Because it should be common knowledge that fees will do serious harm to your financial future–it should be as common as knowing that smoking causes lung cancer! A mere 2% fee could wipe out over 40% of your returns! For example, let’s pretend that you had $100,000 in investments and earned a meager 6% real return annually for 25 years. Without fees you would have made an additional $330,000 to wind up with $430,000! With a 2% fee, you can say goodbye to $170,000 of it!

Active management funds normally have these high fees–the manager is paid a premium for picking different companies to hold within the mutual fund basket. The opposite of active management funds is passive index funds, they are there to mirror an index that they’re tracking like the S&P 500, which is the top 500 companies in the USA. There’s no churning with passive index funds, and normally they’re very tax efficient because they’re not buying and selling stocks/securities constantly.

Bottom line, when you purchase a mutual fund make sure (1) it doesn’t have front load fees; (2) there are no back end fees like 12b-1 fees; and (3) finally be sure the funds are passive low-cost index funds (e.g. Vanguard Total Stock Market Fund Admiral Class is currently 0.04% ER). I’d strongly recommend just taking a weekend and reading The Simple Path to Wealth  and the Boglehead’s Guide to Investing–you can thank me later!

Oh, and Annuities–don’t get me started with annuities! If you’re a blue-collar worker who is willing to take a weekend to read The Simple Path to Wealth and follow its advice, then stay away from annuities and treat them like the plague. Why? (1)They don’t address inflation–which is a big deal, especially if you were alive in the 1970’s and 1980’s in the USA with over 14% inflation rates!–(2) they have high fees, and they come with high surrender fees if you want your money back, (3) they give control of your money into the hands of other people, (4) and it’s normally not diversified but  just through a single company. Forget about it.

The only way an annuity would be a good idea is if you had more money than you knew what to do with, you used only a very small portion of your assets, you wanted a short term hedge against another Lost Decade to address cash-flow issues, and it was an Immediate Annuity with straightforward fees that were inexpensive. But don’t expect to get that money back with real inflation-adjusted dollars. It’s gone! Sure it sounds nice to say “You’ll have a paycheck for life” or for the next 10-20 years, but if we experience another high inflation period like the 1970’s-1980’s your guaranteed money will lose purchasing power. In the 1980’s at the height of the high inflation period, inflation reached more than 14%! It would take less than 5 years before your paycheck was cut in half in real purchasing power terms. Annuities are not the safe haven some people try and make them out to be.

Did I mention the fees? In the fineprint over at Vanguard you’ll notice that the industrial average annuity fee is 2.24%, not including rider fees. The “retire with a paycheck” montra is a smokescreen for the high fees you’ll experience and the real purchasing power reduction you’ll most assuredly experience–not worth it! You’d be better off having a larger TIPS (Vanguard’s VIPSX or their short term TIPS ETF is VTIP) holding than to give your money over to an annuity. Or why not invest in some single-family rental properties to produce a solid cash flow that’s also tied to inflation? These two options alone would be far better than the annuity route.

So there you have it, my CENTSability tips for the Rules of the Game, namely the expenses within mutual funds and keeping them LOW.

What did I miss? Have you had a good experience with an annuity or a high expense ratio actively managed fund? If so, please leave your comments below. For me, the trade offs haven’t convinced me to go down that path.