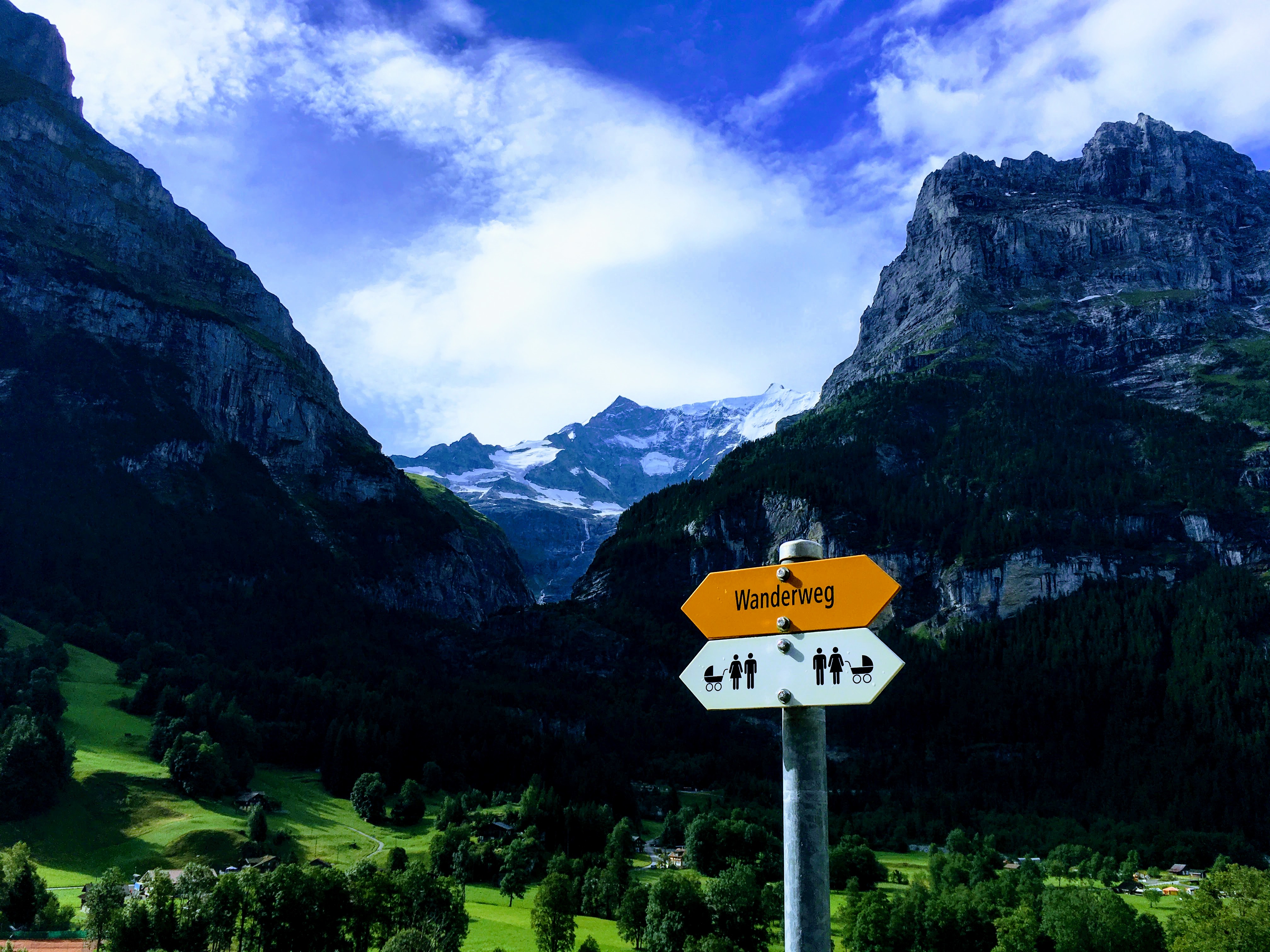 Have you ever made a really bad decision? I have made several bad decisions; well make that 97,402 bad decisions in the form of $. Let’s start at the beginning.

When I was an undergraduate student at a small private university, and then a larger private university for my Master’s degree, I made several un-cents-able decisions and let the mouse clicking go wild—“Yes, I accept the full loan amount.” Click. Click. Click.  Now, don’t get me wrong, I don’t regret my education; I regret my willingness to go into more debt than was necessary for an education.

Mrs. Financial Bishop graduated first in 2010 with her Master’s degree and I came after her in 2011, but by then we were in serious school loan debt. We had 6 months to find full-time jobs and start paying off all the debt, which was accruing at a 6.5% interest rate.

I found a job just outside of Philadelphia—we collectively made ~$29,000 that year (before taxes)

But after some soul searching we decided to move back to the small city where we completed our Master’s degrees; we both found jobs and collectively we were making ~$65,000 (before taxes) annually. There’s nothing like the feeling of the cold hard oppression that comes from mounds of student loan debt to make one’s resolve absolute. It fueled our tenacity—we were going to kick our debts ass and be free.  Honestly, anger, when channeled correctly, can be a very powerful tool.

We had some friends in graduate school that turned us onto Dave Ramsey (regardless of what you think of his investment strategy or his personality, his methods for getting out of debt are fair). So we made a spending plan, developed an old-school cash only envelope system, and planned out all our meals weekly.  We got rid of one of our cars—a opportunity-cost-savings of at least $17,300 in the first 10 years. We became (mostly) vegan during this time after watching Forks-Over-Knives—it’s amazing how your grocery budget shrinks when you don’t need milk, eggs, and meat. Bonus benefit was our grocery bill went down to $20-25 per week, an estimated $20,760 opportunity-cost savings for the first 10 year period (more if you calculate that up for additional 30 years of compounding interest). The really magical thing about upending the way you normally eat is that it allowed us to develop a new repertoire of dinner recipes, which in turn helped develop the skill of weekly meal planning! Now that’s cents-ability at work!

What we found in doing this process of back-and-forth negotiating was it provided us with three things: (1) it gave us the self-compassion during the months where we didn’t get to pay off a lot of debt; (2) The pliability of our payments resisted the “all-or-nothing” thinking that would normally derail a zero-sum game mindset; and (3) it required us to ask a simple question “When do you want to be free?” Then we would say, well what if we put back X dollars each month. We’d then divide our debt amount by X and see how many months we’d have left. It was incredibly powerful to look at the amount of time shift with each new life-hack that was introduced which brought our expenses down and increased our payments. We had a goal, we had a time frame, and we put it on the calendar. For example, if we just put back $850 each month it would have taken us nearly 10 years to pay off our debt (~97,000 / 850 =114 months = 9.5 years) . But if we paid $3,896 per month we’d be out of debt in 2 years (~97,000/3896 =  24 months = 2 years).

But the reality is when you first start out and the goal is 2, 5, or 7 years out, having an exact debt-free date can also be discouraging. That’s why you NEED LITTLE WINS along the way, and you need to have self-compassion—an “all or nothing” approach can be self-defeating. The financial freedom game is as much a game of perseverance and a dogged persistence as it is anything else; without self-compassion and the will to continue going in the same direction you won’t get very far. Let me repeat that, financial freedom is as much a game of psychology as it is a numbers game.

We used the Dave Ramsey snowball method of paying off debt taking the lowest debt amount and attacking it with all the financial might we could squeeze out of that months check, while simultaneously paying the minimum amounts on all of the other debts. Then, after we destroyed the smallest loan, we would take the money we were using on the recently-destroyed-debt and attacked the next smallest loan—and so the snowball continued.  (Side bar: it can be made into a game to see how little one can spend in a month and then take the remaining money and plow it into an extra payment and then re-adjust your projected debt-free day!)

In 2013, however, we had a big setback—a ~$19,000 setback in the name of a new car. This is a post for another day, but take my advice; don’t buy a new car. I mention this because I want you to know our story wasn’t linear, it didn’t just progress in one direction. We made some mistakes, but we also didn’t let those mistakes permanently put us down and out. We regrouped. 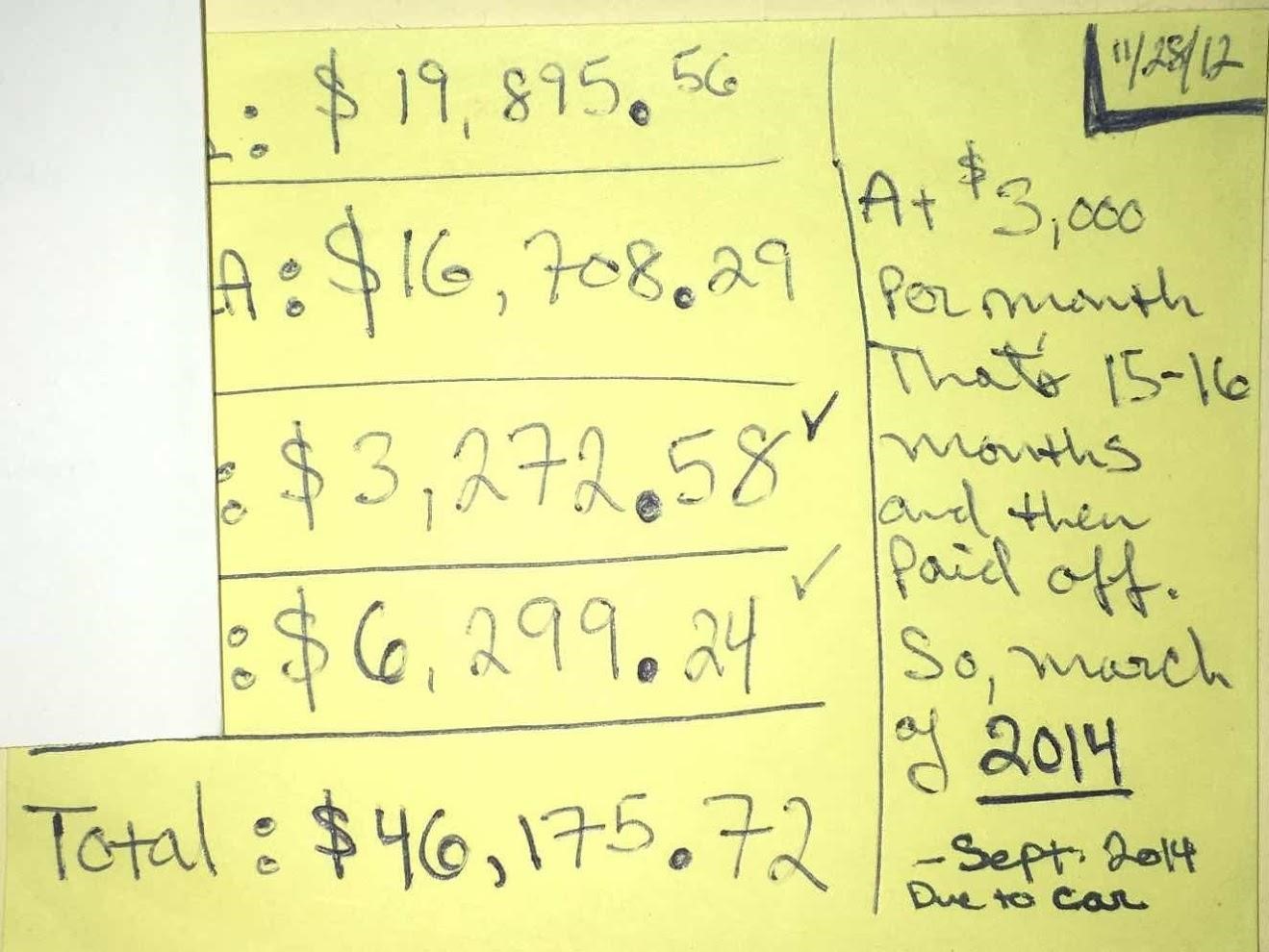 Retreating to the minimum payments on our student loans, we rebounded all our efforts to destroy the car-payment, and in 7 months it was gone—another ~$19,000 of debt bites the dust! Determination and a singular goal is a powerful thing. And did I mention how much we HATE debt?

Months prior to our liberation, we decided the first month without student loans we would celebrate by taking the money we would have spent on the student loans and spending it on a “F.U. Student Loans” party—and that’s exactly what we did! It was awesome, it was pure jubilation, it was a big step in changing the story I always thought I would have to live with—your story like my story can be different if you are willing to make little choices to slowly develop your new narrative.

You’ll notice that our story isn’t perfect—far from it! We made some BIG mistakes. But when we had setbacks, we showed ourselves compassion and thought “tomorrow is another day without any mistakes in it” and we pushed on—we were fighting for our freedom. Little did we know that our “goal” of debt-free life was just the beginning, a trajectory of a million little choices leading up to what I like to call “The Good Life for us.” Our recipe might not work for you, but I’d like to share it with you nonetheless in the hopes that it’ll be helpful and encouraging. I believe in cents-ability for the world, with the hope that everyone can find financial freedom. That freedom, I hope, will culminate in a deeper purpose—to spend your short time in the universe the way you find most fulfilling and faithful to who you’ve been created to be.

Keys to the FI Kingdom Part 1

Slow Down, You Eat to Fast…Gotta Make the Moment Last!